Wedges and their Significance in the Binary Options Market 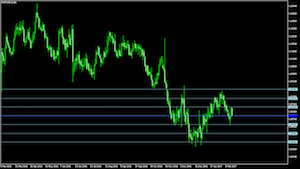 Trading comes down to analyzing patterns in the markets which should result in pretty accurate forecasts of future price actions, and that is the ultimate goal of every trader.

The time element cannot be isolated or eliminated from any options analysis. If we combine the time element with the price target forecast, then we have got ourselves the perfect winning combination. Many wonder if that is even possible, but with wedges, one can combine both to achieve the optimal trading results. Wedges are the reversal patterns, but in practice, they sometimes tend to behave differently and unexpected. They travel in five waves marked from 1 to 5 as displayed in the videos which accompany this educational series.

Wedges can Rise and Fall

Wedges can be found in the 1-3 and 2-4 trend lines, whereby the 2-4 trend line is the one that bears much greater significance.  If traders are presented with a bullish pattern, the wedge is falling, but it is supposed to rise and since it is a bullish market we are dealing with a call option would be appropriate here. With a bearish market, the opposite happens, since the rising wedge is expected to fall and placing put options would be the best way to go.

Closely follow the 2-4 trend line and when it is broken,  expect a change in the trend indicating to buy call options (of course, if the wedge is falling) or put options (if the wedge is rising).

The 2-4 trend line break is accompanied by the target upside or downside, and the time element serves as the confirmation of the pattern.

This would refer to the entire time that the wedge needed to form, and its projection on the right side, whereby streamlining 50% of retracement level before the time period expires.

This process is fast and takes less time than the formation of the wedge. Now we are back again at the price and time relation, whereby the expiry period should be carefully selected which will match the timeframe of the wedge.

When we look to the holy book of binary options, the Elliot Waves theory, it says that a potential wedge arises from an impulsive move upon the first wave extension, whereby the first wave is the longest compared to the remaining four waves that all together make the pattern. Impulsive moves are frequent, but yet the first wave extension above all other waves is somewhat less frequent, but it happens. It might not be as common as the third wave extension, but it occurs here and then, and it needs a skilled trader to be discovered. A solid knowledge on the wedge formation will help you spot it right away.

Wedges from the Point of Elliot Waves Theory

We already said that the wedges represent reverse patterns but that it is not limited to only this case, and this is only true when the wedge shows up as the fifth wave of a complex five-wave structure. What about the rest of time?

The wedge can also appear as the third wave, and when that happens, traders can place put options before the most significant trend line 2-4 is broken under the condition that the trades have short expiry periods. Also, keep an eye on the timeframe of the chart. This could be a safe bet since after the 2-4 trend line is broken downside, a fourth way will start and its formation will depend on the structure and complexity of the second wave.

The Wedge as the 5th Wedge according to Elliot

The fifth wave is not to be neglected since it might end up as the longest wave. In such a case, the option would be left moneyless. When the wedge appears as a fifth wave, it is conveniently called the terminal wave, and the trading goal is again trading put or call options before the 2-4 trend line is broken. As a measure of caution, you might want to retrace the whole wedge since you are dealing with reversed patterns.

Wedge waves are by rule corrective waves, but exceptions do exist as the example above shows, where only the 2nd and 4th wave are corrective. This example indicates that it is highly unpractical to use the Elliot theory since it is not suitable for this kind of counting. It might be unpractical, but it is not impossible and how it actually works can be seen the video provided below. Regarded as a whole, wedges are present and almost every time frame features wedge formation, as well as assets.

Binary options trading is just a form of trading like any other, yet it only differs by expiry period. Options trading will also keep people and customers more patient and disciplined, whereby in the Forex market there is the possibility to add to a losing trade which can result in serious money loss. Overtrading with binary options is more difficult and avoided by the binary options industry.

To wrap up, we will reiterate the significance of the time frame, the expiry period, and the price target which form the perfect combination if adjusted to one another and how they influence the formation of the wedge. We also have seen that wedges sometimes deviate from their reverse pattern rule and that they can appear with other waves as well. For a more detailed overview, please take a look at the video above.