What is a Trend?

In financial terms, a trend is identified as the general direction of the price movement of an asset or market. The price movement can take the form of a series of highs or lows and the time frame of its existence can either be short term or long term. As a general rule, a trend is regarded as a binary options trader’s friend as it represents one of the better ways to trade the market.

One of the ways in which traders identify if a market or an asset is trending is with the use of trend lines. Trend lines are basically straight lines drawn between two points on a price chart. The two points always consist of a high and a low point stretched over a time period. For example if the price of the EUR/USD currency pair on the 4th of November 2016 is trading at $1.1384 and by the 5th January 2017, it has fallen to $1.0607, then the trend line will start from the $1.1384 high point (Point A) and stretch all the way down to the $1.0607 low point (Point B). 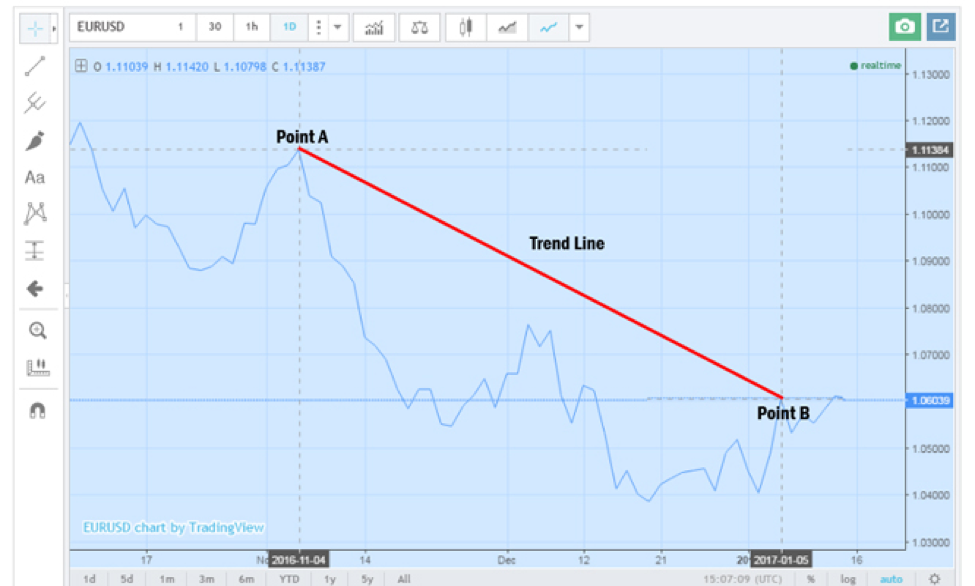 Because trends move in only a particular direction, it is possible to predict the next possible data point on the price chart using tools such as the Elliott Wave theory.

Developed in the 1920s by Ralph Nelson Elliott, the Elliott Wave theory is based on the idea that the market moves with a repetitive cycle. These waves were a result of the shift in the predominant psychology of the investors between optimism and pessimism. Basically, all market moves in 5 impulse waves in the direction of the trend followed by 3 corrective waves (shown in red in a diagram below) moving against the trend. 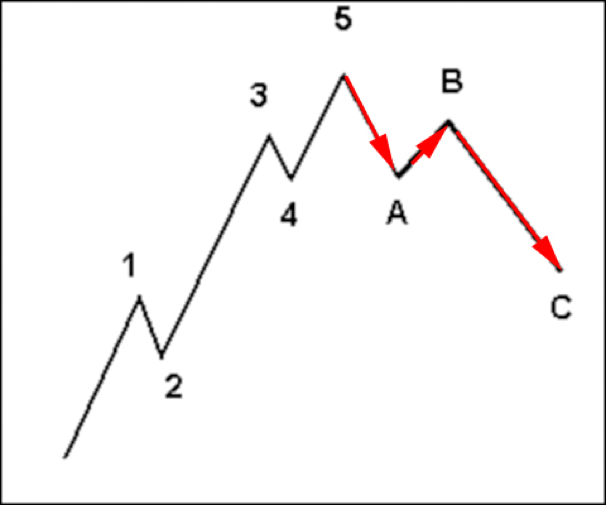 Because of the repetitive nature of these wave cycles, the Elliott wave theory can be utilized to help you identify trends in 5 different ways.

Because a trend moves in 5 distinct impulse waves and is then followed by 3 corrective waves and in a hierarchical manner, this will give you a heads up as to where to expect the resumption of the larger trend and place your trade at the right position. 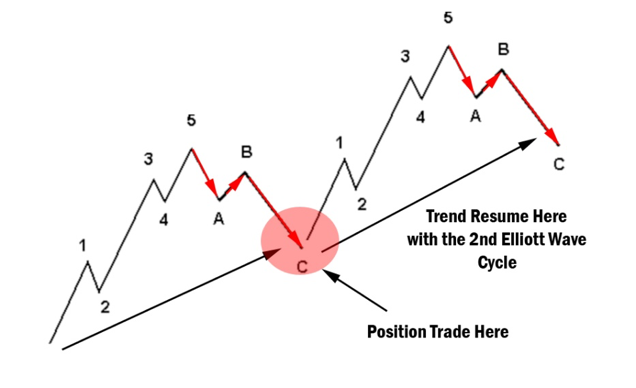 With the Elliott wave theory, it is also possible to tell when the trend is about to mature. When a trend matures, it is to be expected that the market will start to reverse. Hence, by observing the 5+3 wave movements of the trend, we will be able to know when we should start liquidating our market positions.

When used with the Fibonacci Retracement ratios, the wave theory lets you identify price targets for placing your trades. 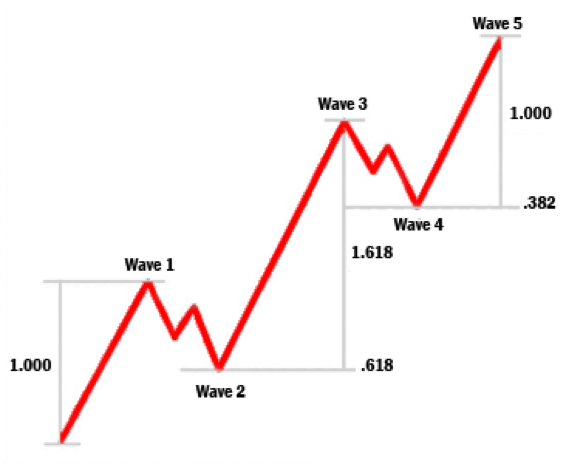 The relationship between the different waves and the Fibonacci ratios are as follows:

Knowing the probability of where each wave will be at allow us to set price targets for our trades.

The Elliott wave theory has 3 ironclad rules which cannot be disregarded when analyzing the price movements.

If the analysis of the price movements fails to follow these rules, then the analysis is based on the wrong premise. With these rules in place, it is possible to discern the ideal level to place the stop loss levels. For example, since wave 2 can never retrace more than wave 1, then it is possible to place a stop loss level at the starting point of wave 1. Since wave 4 can never venture into the price territory of wave 1 and when the price level has completed wave 3, we can place another stop loss level at the peak of wave 1 hence letting us protect the profits that we have earned so far.

As we can see, the Elliott wave theory is extremely useful in helping traders spot the ideal levels to place their trades as well as the levels where they should cut their losses. Used correctly, it is possible to predict correctly how prices will move 80% of the time while at the same time letting you know with its ironclad rules if your price analysis is wrong.