The Zen Trader app sounds great in the official video presentation by making a couple of seemingly rational arguments in its favor. Perhaps the one that we agree with most is one where the anonymous narrator says that prospective traders shouldn’t trust anyone selling or giving away the software for free.

However, in actuality, the Zen Trader software and anything that has to do with it is a scam. Though it certainly serves as an example as for how scammers can lure prospective traders effectively into giving them money. If anything there is something to be learned from criminal enterprises especially since they bank on human greed and emotions.

Throughout this review, we will reinforce the fact that the Zen Trader platform and everything that’s associated with it is actually based on various tried and true scams. So the formula that these people are using has been honed over dozens of scams.

Interestingly the company even shamelessly advertises its fake, scam credentials in the lengthy small print which accompanies your sign up application. Our advice to anyone who is seeking a credible trading software is to stay away from Zen Trader because it will only result in exponential losses. Below we provide you with substantial evidence as part of our findings and review.

The Zen Trader app or platform is one of the newer additions to the binary options shady marketplace, and from the onset, it’s clear that the scammers have done their research. A lot of thought seems to have gone into trying to convince people watching the promotional video on the home page as to how $250 will turn into $1K of profits every day.

However, we will discuss how the explanation is untrue later on, but at the moment we would like you to focus on the motivation behind offering this software to traders. We have learned over the years of reviewing binary option investment tools is that if it’s being offered for free, then there is a good chance that it is also a scam. 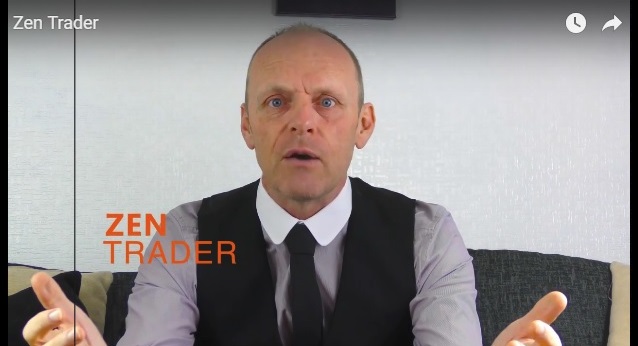 That’s something we can say is true each and every time. Regardless of how appealing the claims may be, or how many extras the scammers offer it is still essentially a scam. Interestingly Zen Trader’s scammers mention in their presentation that they receive just 7% of profits generated by clients as payment for using their software.

However, our question here is how are they able to boast of an annual income in excess of $1.3m for each investor? Why are they settling for so little in exchange for giving people financial freedom and in practice even free money!

Obviously, the keyword here is that they are selling you a complete lie. No binary trading tool can generate 93% successful trades as mentioned on Zen Trader’s website. It’s something that’s impossible to guarantee every day, and there is no telling how markets will shift in the long term. It is for this reason that any experienced trader will not take the claim seriously, but then again it’s aimed at newbie traders and novices.

These businesses spend millions a year making small incremental improvements to their software. Now if legitimate and highly regulated companies with millions to burn can not achieve significant improvements over the course of years how is Zen Trader able to do it and then offer it for free?

We can guarantee that there are more than 50 licenses available

You can’t trust a software that suddenly explodes on to the scene and claims to be genuine. If they were genuine, it would make sense that Zen Trader is licensed to these trading institutions for millions of dollars instead of giving it away for free.

Some investors may be more optimistic about the trading software than we are and that’s perfectly fine. Though as tempting as the fairy tale that the creators of Zen Trader want you to buy, there is one question you need to ask, i.e., how does the software work? Why aren’t there any details about how it’s able to generate such a high rate of successful trades?

Now you would assume that perhaps Zen Trader is trying to keep their software a secret so that nobody learns the formula, but there is also no evidence that the software works. Genuine trading software sold to businesses and individuals are backed by a load of historical trading data along with legit customer service people and third party verification. But Zen Trader does not even have professional customer service.

People who have read many of our other reviews and visit our website regularly will probably notice we take pleasure in discrediting scams in general. While the majority of scams hire actors that read a script, in this case, they seem, so cash strapped that they didn’t even hire an actor.

Consequently, nobody knows who the person or people behind this scam called Zen Trader. Interestingly, they didn’t even make the effort of concocting fake names and doctored career history.

If anything the Zen Trader platform was probably developed by some scheming individual who perhaps flips burgers for a living. We say this because the developer is anyone but a professional trader.

It’s a fact demonstrated from the lack of knowledge in the video and text about the software reveal. Can anyone develop a program without learning to program and then develop software that can lead to millions in profit? We don’t think that’s possible which is why it’s not hard to see through the lies.

Anyone who needs further proof of this scam, we will expose two other methods that can be applied 100% in this case too. The Zen Trader scam relies mainly upon a lack of knowledge on behalf of the trader and even desperation of people who want to create money. That makes these people easy targets for scammers.

The Reliance on Fake Reviews and Testimonials

The Zen Trader scammers are true crooks because they are using not just doctored testimonials and reviews, but the faces you see associated with them have been sourced from the internet. The so called happy customers are in fact actors who have sold the rights to their photos to various stock image websites. A reverse image search is all that’s needed to debunk them.

The testimonials are devoid of any contact details, real names and even regulation. How can any trading application run without oversight? The reason why there isn’t any oversight is because that makes it very simple to steal money from people by directing them to blacklisted brokers and get a large commission in the process. Eventually, customers are sucked dry.

All these testimonials are provided by paid actors

Another claim made by the creators of Zen Trader is that they offer 24/7 live customer support. But that’s not really the case. We found no evidence of the support, and no genuine reviews to back up their claims apart from just encouraging people to put more money into their failed trading account.

Interestingly, these scammers are also legally covered because they explicitly state that they can ”Change all the terms of service with clients and individuals without notice.” Which means that they can operate as they want without having to care about people’s rights and funds. So, their client’s are without rights!

We can say nothing good about the Zen Trader platform or robot. It is for all intents and purposes a scam setup by a group of scammers perhaps to trick people into signing up to blacklisted brokers in exchange for a commission. So even them advertising a limited $99 signup for everyone on the so called ”professional membership” which otherwise costs $249, none of these offers have a positive outcome for you.

Even though it’s easy to write of binary options trading as a scam owing to an extensive list of fraudulent tools like Zen Trader being sold on the internet. The fact is that other than the tools trading is not a scam.

Though these scammers are distracting people from the good tools that can really help them make some money or make it easier to trade. In the case of Zen Trader, we’d strongly advise that you don’t even think of visiting their website, as this review should suffice.